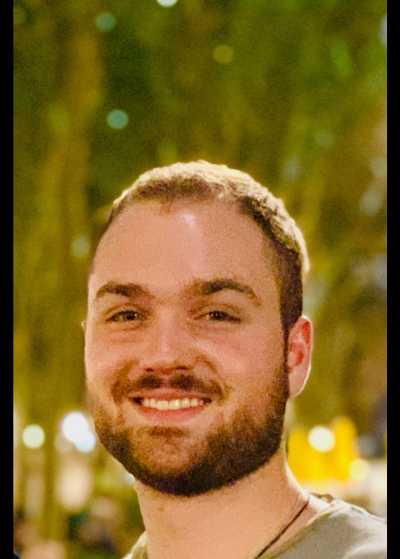 Xanax and Alcohol Interaction: Can You Drink Alcohol with Xanax?

Xanax, the brand name for alprazolam, is a drug that is prescribed to treat panic and anxiety disorders.

Xanax falls into the category of anti-anxiety drugs known as benzodiazepines. Alcohol is not recommended to be consumed with Xanax for several reasons, the most general of which is that both substances are classified as depressants.

What Are The Effects of Mixing Alcohol and Xanax?

Some of the dangers of Xanax by itself include seizures, loss of coordination, and memory loss while drinking too much alcohol without mixing it with any other substances can lead to vomiting, alcohol poisoning, vision impairment, coordination loss, and seizures as well. When ingested together, not only does the risk of all the above side effects increase, but Xanax and alcohol can lead to a depressed mood, aggression, rage, violent behavior, impaired judgment, and behavioral changes. Additionally, increasing the risk of a blackout raises the chances of memory loss, low blood pressure, and a host of long-term side effects like depleted sex drive and depression and as severe as liver failure, heart disease, and stroke.

While an effect on taste has not been noted after mixing alcohol and Xanax, the two substances are addictive when consumed on their own, as well as addictive when mixed. Abusing or even misusing alcohol and Xanax on their own, as well as together, can develop an addiction that usually requires rehabilitation to overcome. As both substances are classified as depressants, it is not unlikely for a Xanax addict to develop a dependency on alcohol too, and vice versa, due to the similar effect of either substance.

Most seriously, ingesting a massive amount of alcohol, or a high dose of Xanax, has the potential of being fatal. Lethal doses of Xanax with alcohol do range based on a variety of factors, but one of the most vital factors to understand is that much less alcohol, and much less Xanax, is needed to reach a lethal dose when the two substances are being mixed. Some common dangerous effects of mixing Xanax and alcohol include:

Sedation includes a wide range of varying symptoms, all of which affect motor skills, and can be life-threatening under certain circumstances. When taken together Xanax and alcohol cause sedation, the symptoms of which include speech impairment, impaired motor skills, fatigue and drowsiness, sleepiness, and weakened coordination, muscle control, and balance. Stumbling while walking or slurring speech is another potential risk of sedation.

Because Xanax is a depressant, taking Xanax can lead to a depressed mood, confusion, and irritability. Suicidal thoughts are even possible, though extremely rare, and fall into the category of other rare side effects like rage, aggression, and hostile behavior. Alcohol can have similar effects on mood, which is why the two combined result in an increased chance of any of the symptoms listed above. Adding the fact that both Xanax and alcohol can impair judgment and cause changes in behavior, leading to an increased chance of risky decision making, the combination of Xanax and alcohol is extremely unsafe.

While on their own, Xanax and alcohol both cause memory loss, when combined, the effect of memory loss and memory impairment is far greater. Increased risk of a blackout welcomes disaster, increasing the chances that the individual who is mixing Xanax and alcohol does something regretful, illegal, or even life-threatening, that they may never be able to recall.

Mixing Xanax with alcohol can result in such physical side effects as blurred vision, headaches, and low blood pressure, as well as nausea, vomiting, and diarrhea. The more of each substance consumed, the higher the likelihood of more intense symptoms.

The most common long-term side effect of combining alcohol and Xanax regularly is physical and psychological dependence. An extremely severe side effect, dependency is defined as when the body starts to require a substance, or a combination of both, to feel normal. Without both Xanax and alcohol, if a person is dependent, they will experience withdrawal, the symptoms of which include irritability, anxiety, depression, suicidal thoughts, and even seizures. Additional long-term effects include changes in weight and appetite, liver failure, cancer, heart disease, risk of stroke, memory impairments, decreased sex drive, and mental illnesses such as chronic anxiety and depression.

Overdose is the most dangerous short-term side effect associated with mixing alcohol and Xanax. A life-threatening overdose can result in asphyxiation, heart stoppage, and even brain damage. If someone has consumed both Xanax and alcohol and is exhibiting such symptoms as sleepiness, confusion, impaired coordination, and reflexes, or loss of consciousness, it is vital to dial 911, as the person may be overdosing. It is also important to note that overdoses recorded with people who have taken alcohol and Xanax usually have far less significant amounts of either substance in their system to cause an overdose than if either substance were ingested on their own.

Does Xanax Affect the Taste of Alcohol?

Xanax greatly exaggerates the normal effects of alcohol. Because both substances are of the same class of drug, depressants, the two do not counteract each other. This can lead to unexpectedly strong effects, even if the amount of each substance is a would-be considered small dose. This can be extremely life-threatening, and absolutely should be avoided at all costs.

Can the Mixture of Alcohol and Xanax Lead to Death?

Yes, the mixture of alcohol and Xanax can lead to death. While it is not a given that the two substances when mixed will cause immediate fatality, the mixture has the potential to be life-threatening in the short term, as there have been thousands of overdoses accounted for citing alcohol and Xanax as the primary cause. Along with the short-term risk of death, there is a long-term risk of death as well, as continued abuse of Xanax and alcohol can destroy the health of the liver and even lead to heart disease or stroke.

Who Should Not Take Alcohol and Xanax?

Alcohol and Xanax should not be mixed by anyone, under any circumstances, even when prescribed, as the combination of them can be addicting, as well as life-threatening. However, those who should especially stay away from the combination are people with a history of mental illness, alcoholism, drug addiction, or those who experience such physical ailments as liver disease, heart disease, and obesity, as these people can be at higher risk of some of the short term side effects that are associated with mixing Xanax and alcohol as well as overdose from combining Xanax and alcohol.

Can I Take Xanax With Alcohol While Pregnant?

No, taking Xanax with alcohol is always dangerous, but while pregnant, not just the mother, but the unborn child, can be at risk of serious injury, even death, from the impact of both Xanax and alcohol being combined.

Are All Types of Alcohol Harmful With Xanax?

Yes, all types of alcohol are harmful with Xanax. Although one serving of beer is equivalent in alcohol percentage to one serving of wine or liquor, it is important to note that drinking liquor does have the potential to be even more harmful than beer or wine due to how few ounces of liquor it takes to reach a high number of alcohol servings. As liquor can be far more potent in this way, it can mix to deadly effect with Xanax by consuming much less volume.

How Much Xanax Can Be Dangerous To Take With Alcohol?

Doctors prescribe Xanax to be taken daily in doses that range from 1 milligram to 10 milligrams. As there are two forms of Xanax, extended-release, and immediate release, doses do vary. That being said, adding alcohol, even to a system that has grown accustomed to Xanax after regular medical use, can be a shock, and can lead to disastrous effects. Even taking a quarter of a milligram, before drinking alcohol, has the potential to have drastic effects on the body.

While some factors include how well the body metabolizes both Xanax and alcohol, as well as tolerance, weight, sex, height, and age, any amount of Xanax mixed with alcohol can be dangerous. The more Xanax and/or the more alcohol added to the system, the greater the chances of more life-threatening complications and side effects, including death.

How Does Alcohol Affect How Well Xanax Will Work?

On its own, Xanax can be a tool for successfully relieving the life-altering symptoms associated with anxiety disorder. However, when mixed with alcohol, Xanax’s helpful benefits can become extremely detrimental. Apart from the fact that adding alcohol to a system under the influence of Xanax can cause loss of motor skills, depression, anger, incoherence, and even more serious, life-threatening side effects, continued abuse of Xanax and alcohol can result in addiction, which leads to anxiety and depression. In this way, abusing alcohol while taking Xanax can reverse the intended mental health benefits of the drug, and reduce its use to drug abuse, which can be extremely dangerous in the short and the long term.

What Are Other Drugs That Are Dangerous to Use With Alcohol?

Many drugs are dangerous to use when drinking alcohol. Alcohol interacts with many parts of the body, so it’s important to consult with a medical professional before mixing alcohol with substances like Xanax.

That said, some drugs are more dangerous to mix with alcohol than others. These drugs are listed below.